Greetings from the road!

Our first U.S. tour is now under way and so far SO GOOD!

We got off to a great start with a sold-out show in Los Angeles on April 1st, followed by a two-and-a-half-day drive to play a packed house at the Wildey Theatre in Edwardsville, Illinois - just north of St. Louis.

We were already feeling spoiled with two great audiences and several standing ovations, when pulling into Milwaukee and finding the same at the legendary (Spinal Tap infused) Shank Hall, to which at least three in the band realized they had played there as far back as 1989!

Next up is Indianapolis, followed by Cincinatti, Kent and Buffalo, before playing Mover’s and Dorsey’s hometown show next Friday at The Tupelo Music Hall in Derry, New Hampshire – needless to say, the ProgJect rhythm section is very excited!

We’ll continue to keep in touch and update you along the way, right through to our final show on this leg, which is headlining the Cruise To The Edge pre-cruise concert in Port Canaveral, FL.

We could not have asked for a better launch. The reception for our first few shows has been nothing short of sensational, and we personally wish to thank everyone who has come out to see and support us. We appreciate it more than we can say, so we will do so in action at every gig. Tickets are still available for the rest of the tour; check out our tour dates below and visit our tour page for ticket links. 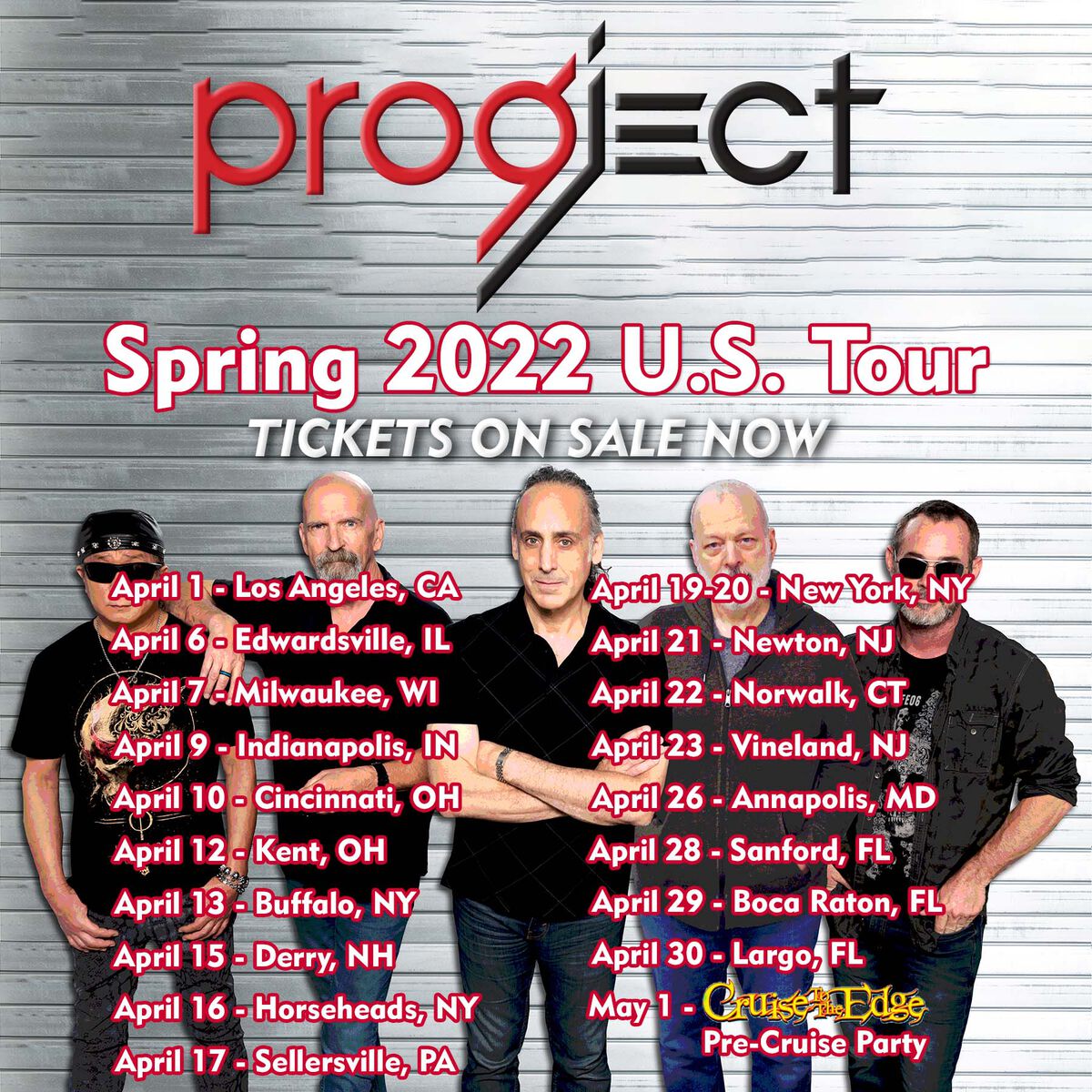 Video: ProgJect Live at the...

Watch excerpts from the performance at the Newton Theater in Newton, NJ on April 21,...